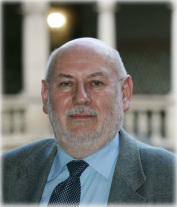 PhD at University of Barcelona, ​​where he was director and professor of the Department of Medieval History at the Faculty of Geography and History. Member of the Institute of Catalan Studies (IEC) since 1996. He has been Vice President (2002-2009) and has chaired the Centennial Commission of the Institute (1907-2007). Member of the Conseil Scientifique de l'Institute Européen d'Histoire et Culture de l'Alimentation, based in Tours. Visiting professor at the universities of Bologna, Tours, Florence, Genoa, Palermo and Paris IV. Coordinator of the Catala unity of the Master of European Food History and Culture, from 2003 to 2008. He has been a researcher and principal researcher in several projects funded by the DGICYT , CIRIT the SCGC and the IEC and also the European Union . Expert in Social History of the Middle Ages has focused its research on three areas: the history of food , the economy of the Crown of Catalonia-Aragon in the thirteenth and fourteenth centuries , and the social response to natural disasters in the middle Ages. 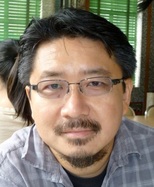 I received all my higher education in Japan, and my PhD dissertation is about cultural relations between Ainu people and Japanese, submitted to Osaka University in 1994. Currently Professor and Chairperson of the Department of Anthropology, Associate Director of the Centre for Cultural Heritage Studies, The Chinese University of Hong Kong. I have carried out field research in Japan, Hong Kong, mainland China, Southeast Asia and Louisiana, and published my research findings in academic journals such as: Visual Anthropology, International Journal of Heritage Studies, Annals of Tourism Research, Traditional Dwellings and Settlements Review, Musem International, Asian Studies Review, Futures: The Journal of Policy, Planning and Futures Studies, Japanese Society, Journal of The Hong Kong Branch of the Royal Asiatic Society, and is the editor of On the South China Track: Perspectives on Anthropological Research and Teaching, Hong Kong: HKIAPS, The Chinese University of Hong Kong (1998); co-editor of Tourism, Anthropology and China, Bangkok: White Lotus (2001), The Globalization of Chinese Food, Surrey: RoutledgeCurzon, and Honolulu: University of Hawaii Press (2002) and Food and Foodways in Asia: Resource, Tradition and Cooking, London and New York: Routledge (2007). Besides academic publications, he also wrote two Chinese popular books--《漁翁移山:香港本土漁業民俗誌 (Ethnography of Local Hong Kong Freshwater Fish Farmers)》and《公路上的廚師 (Chefs on the Road)》which are expected to bring anthropological perspectives to the general public. I am a partner of the UNESCO Chair project of Tours University, France on “Safeguarding and Promoting Cultural Food Heritage” (more details can be found at: http://www.alimentation.univ-tours.fr), and some of my research findings were chosen for some Radio Television Hong Kong (RTHK) documentary series of 香港故事--第六輯 (Hong Kong Stories—the sixth series) such as [年年有魚] and [東江逆流] in 2008; as for the community services, I am a Scientific Committee member of the Heritage conference series in Portugal since 2008. I hosted three RTHK 香港電台radio programme series in the past decade,《港飲食、講文化》 in 2004, 《文化非主流》in 2005, and《世界長河》in 2011. 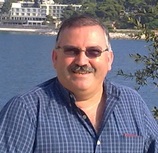 Carlos Fernandes is the lead faculty in tourism studies at the Polytechnic Institute of Viana do Castelo, Portugal. He obtained his B.A. at Syracuse University (USA), M.A. at Rutgers University (USA) and Ph.D. at Bournemouth University (UK). His interests include tourism as a strategy for rural development, heritage and cultural tourism and tourism destination management. In the last few years, he has conducted research and/or consultancy within various special interest areas, including Tourism and Gastronomy, Cultural Tourism, and Religious Tourism and Pilgrimage. For the last five years, he has been the director of the Tourism Laboratory, where Carlos directed the operations of the lab, including the coordination of research projects with EU funding. He is course leader of the Licenciatura (B.A.) in Tourism Studies (UNWTO Tedqual certified). He also cooperates in World Tourism Organisation (UNWTO) activities including “training the trainer” courses and the development of teaching manuals for countries in Africa (Angola and Zimbabwe) and supports training of entrepreneurship for women in Mozambique. He is an official Auditor of the UNWTO TedQual Certification, in which he audits tourism courses worldwide. Carlos has presented papers in national and international conferences and has a substantial number of publications in his area of interest. 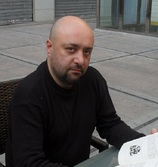 Communication and marketing professional, director and writer of documentary and advertising films and writer specializing in culinary topics . Since 1996 is dedicated to work in the audiovisual field , as a writer and as a television . He has made documentaries and advertising films , counting since over two hundred commercials , documentaries, institutional videos shot. From 1996 to 2004 he was director in producing TV Boomerang ( Double Ten Levante) , Escosura Productions, Malvarrosa Media, Teo Escamilla Productions, Promur , DaVinci and Taumatronic Productions . He was director of the film crew UNHCR - Unicef ​​for several years ( 2001-2006) , where he directed documentaries and projects Somewhere and Ojalá with the films producing enterprises Double Nostrum and Triper & Zapin . Throughout the years 2003y 2004 he shot the film Compañero del Alma (Soulmate) , chose Miguel Hernández , poet, wih technical premier in Elche, pre - releases in 2005 in Torrevieja and Cox, and officially premiered at the Palafox cinema of Madrid. In 2005 he was appointed delegate for Latin America ADE (Association of producers and directors of Spanish documentary ) FAPAE member and has co-chaired between 2010 and 2013 the Spanish Association of Writers and Journalists of Gastronomic Culture . Since 2006 he is director of communications and projects of Fundación Arte y Gastronomía (Art and Gastronomy Foundation). Currently holds the position of General Manager and Vice President of External Relations of the Spanish Selection Professional Cuisine, and is a member of the International Board and co-chair of Spanish chapter of World Gastronomy Institute. Since September 2013 is the Managing Director of Institutional Relations Society International Studies (SEI ) , based in Madrid, where he teaches relevant to electoral marketing and political marketing in the Course of International Studies materials, diploma organized and grants SEI annually since 1954 and is endorsed by the Ministry of Foreign Affairs and Certified by the Rey Juan Carlos University . In the educational field, Iglesias is guest lecturer responsible for the subject "Branding in restoration" at Ferran Adrià Chair of the University Camilo José Cela . In the promotional area collaborates with the Instituto Cervantes , where he is a frequent speaker on topics of food culture , having participated in different cycles as word of Wine, The "Yantar por tierras de Don Quijote" or "El sabor de la Eñe" related to the interactive activity "Gastronomic Aromas in the Spanish Literature". 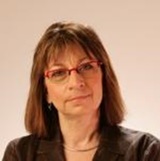 Senior Vice President, Research & Analytics, NYC & Company. Donna J. Keren joined NYC & Company, New York City’s official tourism, marketing and partnership organization in 2002. She directs one of the travel industry’s most comprehensive and forward-looking research programs. Research & Analysis at NYC & Company is the office of record for vital statistics on the city’s tourism industry. In addition to annual reports on visitors and the economic impact of tourism, the department produces regular forecasts, economic and strategic reports, special projects, scenario planning and forecasting, market research studies, and proprietary research on industry segments. At NYC & Company Dr. Keren has developed the annual cultural audience survey. Designed to identify key drivers and challenges across all cultural and arts activities, the study has supported member organization marketing initiatives and programming insights since 2009. In 2011, she led the NYC effort to provide the first representative survey of the economic impact of same-sex marriage on the city’s economy. Other innovative projects include a focus on borough and neighborhood tourism insights and creating proprietary econometric models for visitor volume and tracking. Dr. Keren has over 30 years experience in strategic and market research. Previously, she was VP, Social Trends & New Markets for Strategic Surveys International, a provider of custom research and market intelligence to clients in financial services, communications, the arts and culture, and major not-for-profit organizations. In the aftermath of 9/11, she helped the American Red Cross of Greater New York identify service needs and worked with Lower Manhattan organizations on community recovery. During the 1990s she ran a consultancy dedicated to research and technical assistance for non-profit and public sector agencies. A former Professor of Anthropology/Latin American Studies at Temple University (Philadelphia), she is Adjunct Associate Professor at the School of International & Public Affairs at Columbia University and is a member of the graduate faculty at the Tisch Center for Hospitality, Tourism and Sports Management at New York University and regularly joins the faculty at the University of Barcelona program in Tourism Studies. She also shares her experience with organizations such as ARF (Advertising Research Foundation), The Brand USA, TTRA (Travel & Tourism Research Foundation), as well as speaking at international conferences. Most recently she was in Montevideo, Uruguay for the 3rd Annual International LGBT Tourism Conference as the country celebrated its passage of a national marriage equality act. A native New Yorker and Lower Manhattan resident, she received her Ph.D. from the City University of New York Graduate School. 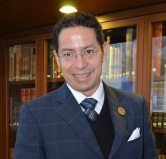 Doctor in gastronomy tourism by Antonio de Nebrija University in Madrid . He received postgraduate: International Certifications in Advanced Marketing for Hotels and Food and Beverage Management from Cornell University, Ithaca , New York USA, who recognized him as an outstanding student in 2008 . He has carried out research , training and culinary and tourism planning and given lectures, workshops, consulting, diagnostic and academic work in more than 25 countries, more than 50 academic institutions, 200 local tourism enterprises, accommodation and renovation levels of entrepreneurial, management and senior management. He has written articles in specialized media off and on line . Dr. Montecinos is the author of the boook "Planificación del Turismo Gastronómico Sostenible: Servicios, Rutas, Productos y Destinos" (2012) (Gastronomic Sustainable Tourism Planning Services , Pathways , Products and Destinations). He is currently National Vice President of the Pan American Confederation of Schools of Hospitality, Gastronomy and Tourism CONPEHT Mexico Chapter and General Director of Centro Empresarial Gastronómico Hotelero CEGAHO.
Powered by